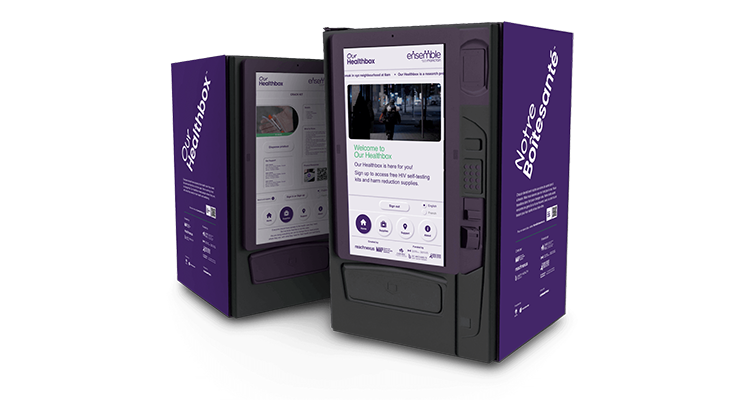 July 29 2022 – At the 24th International AIDS Conference, the world’s largest conference on HIV and AIDS, MAP scientist Dr. Sean Rourke has unveiled a tool that not only eliminates barriers to HIV testing, but connects people to care.

Our Healthbox is “smart”, interactive dispensing machine that provides free, 24/7 access to self-testing kits for HIV as well as COVID-19, naloxone kits, and other essential harm reduction, sexual health and hygiene supplies. The machine also provides health information and a support services directory for people to find the health care they need—in their community.

Dr. Rourke’s REACH Nexus group is planning to launch 25-30 machines nationally this year, with a goal of 100 machines deployed over the next three years. The machines will be hosted and maintained in partnership with local community-based organizations, public health authorities, and health centres across the country.

In Canada, one out of 10 people who have HIV don’t know it. To reach the undiagnosed, Dr. Rourke’s REACH Nexus group launched the I’m Ready program one year ago, an app that enables free, easy access to HIV self-testing kits and support. Since then, the program distributed more than 10,000 self-tests across Canada. However not everyone has a phone, so Our Healthbox was designed to close that gap and meet people where they are.

Our Healthbox and I’m Ready are also health research programs. To access the resources, participants must register and answer a few questions about themselves. The information that is collected remains private and confidential and will help the REACH research team evaluate how well the programs are working.

If you are a community organization and want to place Our Healthbox in your neighbourhood, email ourhealthbox@unityhealth.to. 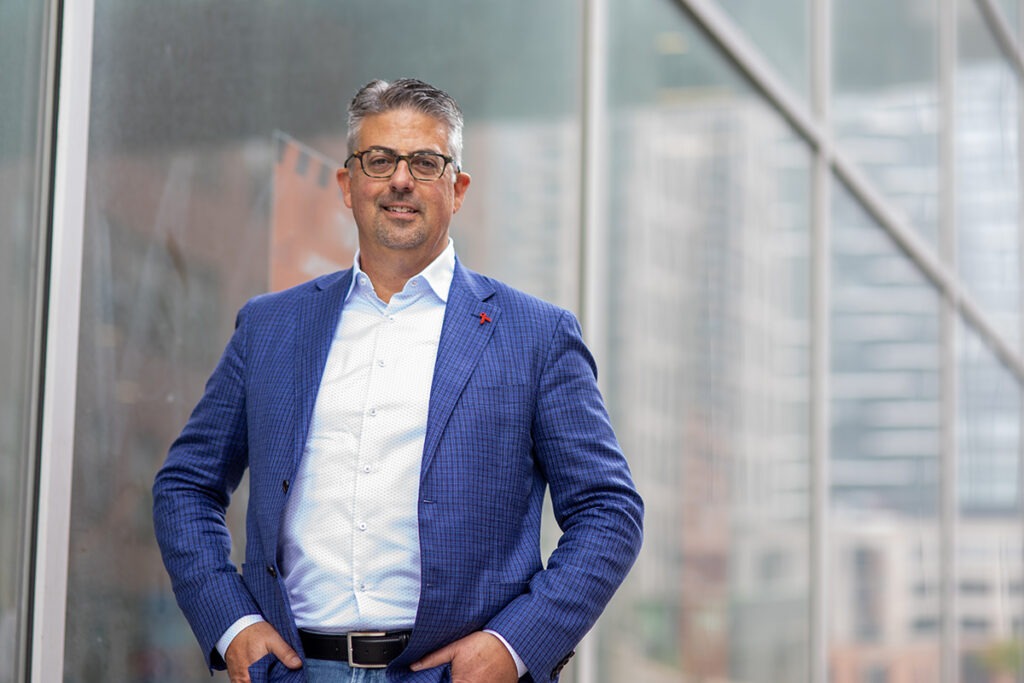 Today in Montreal, Canada’s political leaders are participating the AIDS 2022 conference, bringing the world together to accelerate the fight to end HIV and AIDS globally. Unless their words can be translated into political will and action, we will be no further ahead in ending HIV in Canada.

The number of new HIV cases in Canada has been on the rise over the past five years, and in 2020 (our most recent national estimates of HIV surveillance), four people were infected with HIV every day. However, this is likely an underestimate – we expect to see a higher rate of new HIV infections in 2021 and 2022 because COVID-19 significantly restricted access to HIV testing and treatment.

It is shameful that we are still not getting testing and treatment to those who need it most.

We are among the worst of the G7 countries in making significant progress in achieving the UNAIDS 95-95-95 targets of diagnosing 95 per cent of HIV cases, getting 95 per cent of those people on life-saving treatment, and getting the virus levels of 95 per cent of that group to “undetectable” levels so they can live healthy lives. Most concerning are recent numbers from 2020 that show women are doing worse than men overall in access to testing and treatment – and Indigenous Peoples (First Nations, Métis and Inuit), racialized communities, including African, Caribbean and Black people, and people who use substances and inject drugs, are doing the worst overall.

Having HIV is no longer a death sentence, but people who are infected need to be tested and have access to treatment that will suppress the virus. Unfortunately, one out of 10 people living with HIV is undiagnosed (they have HIV but don’t know it). That’s more than 6,500 people in Canada who are not able to benefit from antiviral treatment. If they don’t get access to testing and are not properly diagnosed, they will get very sick at some point and develop AIDS. And those undiagnosed and without their virus suppressed may also unknowingly infect others.

We have all of the tools and knowledge we need to correct these shortcomings.

In November 2020, we worked to get the first HIV self-test approved in Canada, and then research programs were developed and implemented to provide low barrier access to home testing using technology platforms. But our governments have yet to take up these successful initiatives and scale them sufficiently to reach all of those who are undiagnosed across Canada. 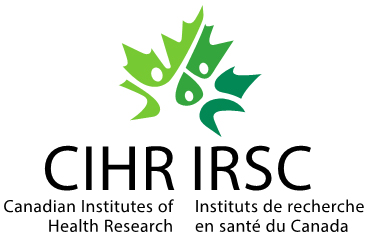 When COVID-19 first emerged, the Government of Canada and the research community quickly stepped up to develop testing approaches, public health measures, and new vaccines to protect Canadians from the health challenges of the COVID-19 pandemic. The Government of Canada is also investing in safe and effective COVID-19 therapeutics, including antiviral medications. In response to the pressing need to further evaluate the clinical and cost effectiveness of these treatments in non-hospitalized patients, the Canadian Institutes of Health Research joined forces with Health Canada and the Public Health Agency of Canada.

Today, the Honourable Jean-Yves Duclos, Minister of Health, announced an investment of $10 million under this collaboration to create a pan-Canadian platform to advance research into the effectiveness and clinical challenges of new COVID-19 treatments in non-hospitalized patients. The Canadian ADAptive Platform Trial of COVID-19 Therapeutics in Community Settings (Can-ADAPT COVID) will be led by Dr. Andrew Pinto, Director of the Upstream Lab at St. Michael’s Hospital, a site of Unity Health Toronto, and a Professor at the University of Toronto.

In collaboration with patients, community partners, and research networks across Canada, the United Kingdom and the European Union, Dr. Pinto and his team will investigate outpatient medications for COVID-19 such as nirmatrelvir/ritonavir (brand name Paxlovid™) and provide key insights into whether treatments prevent hospitalization and post COVID-19 condition (“long COVID”). This study will also offer timely evidence to clinical researchers, health system managers, and public health officials in Canada and abroad.

“Our government reacted quickly at the start of the pandemic and will keep working to keep Canadians safe. This includes providing vaccines and therapeutics to Canadians, to lessen the health impacts of COVID-19 and post COVID-19 condition symptoms in patients. Dr. Pinto’s platform will allow the research team to test new treatments as they emerge and to quickly respond to the dynamic nature of global pandemics and other health emergencies.”
The Honourable Jean-Yves Duclos
Minister of Health

“As part of our continued response to address the health challenges of the pandemic, we continue to work closely with our partners at the Canadian Institutes of Health Research and Health Canada to further investigate new COVID-19 antiviral medications. This study will provide important evidence on treatment effectiveness that will better inform our collective response to the COVID-19 pandemic.”
Dr. Theresa Tam
Chief Public Health Officer of Canada From the Toronto Star article

Lower-income Ontarians continue to die of COVID-19 at much higher rates than those with higher incomes — a troubling pattern repeated in each of the province’s six pandemic waves, new data shows.

In yet another indication that COVID is not an equal-opportunity illness, researchers at the University of Toronto have found that death rates from the virus in Ontario’s lowest-income neighbourhoods have been roughly double those in the province’s richest areas throughout the pandemic.

That COVID deaths remain disproportionately concentrated in lower-income neighbourhoods even after the rollout of vaccines, antiviral medications and COVID treatments — in addition to seemingly endless calls for equitable access to public health resources — illustrates that for many the pandemic is far from over.

“It begs the question: Among whom are we flattening the curve?” said Dr. Sharmistha Mishra, an infectious disease physician and mathematical modeller at Toronto’s St. Michael’s Hospital. Mishra heads a research team that analyzes COVID mortality data. She shared the sixth-wave analysis with the Star; the team’s analysis of the other five waves has been previously presented by the Ontario COVID-19 Science Advisory Table.

With another wave of the virus expected this fall, Mishra and other experts are calling for the province to further fund tailored prevention and treatment strategies for the most vulnerable, including older Ontarians and communities with the lowest income brackets.