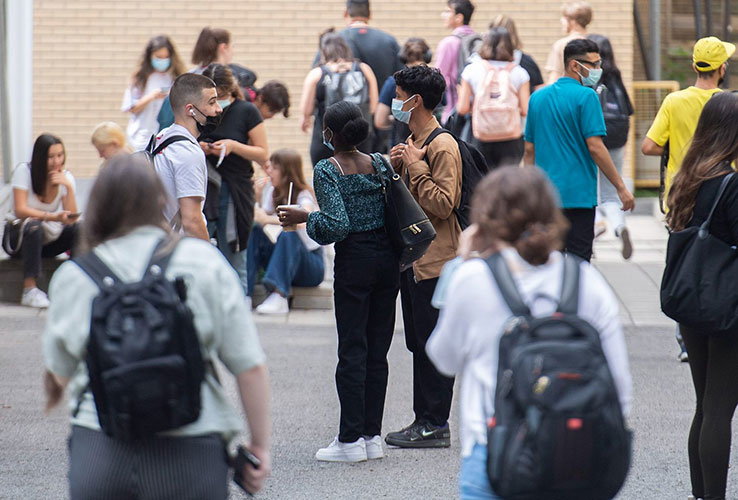 When schools reopen in September, they will need to answer difficult questions in the face of ongoing challenges from COVID-19. And in doing so, they will also need to take into account that the pandemic affected school-aged children in different ways.

The duration of school closures varied across provinces and territories – Ontario, for instance, experienced the longest shutdown at 26 weeks. How will that varied length affect children in different areas? It is anticipated that Canadian students will return to school this fall with greater mental and physical health needs, as well as significant learning gaps – but children facing socioeconomic instability have been most affected. How will schools be equipped and resourced to support returning students’ additional needs? Similarly, will schools have the capacity to meet the learning needs of students who have fallen substantially behind? 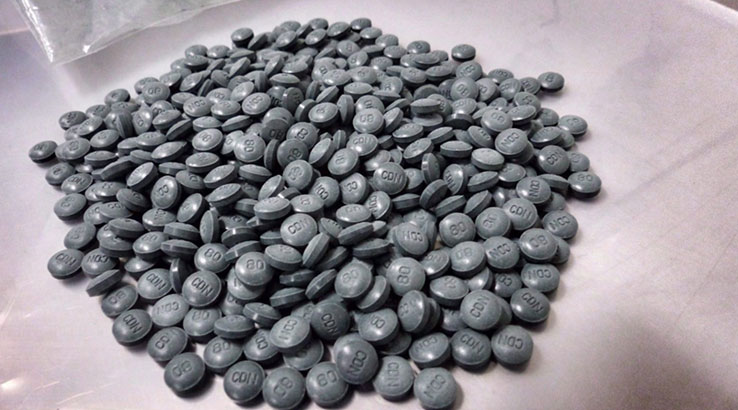 From the CTV News piece:

Canada’s street supply of opioids is becoming increasingly toxic, unpredictable and contaminated thanks to ultra-potent and deadly mixtures of fentanyl, prompting renewed calls for safe supply programs that could help regain control of the drug supply and save lives.

Launched in 2019 in response to the growing opioid epidemic, Toronto’s anonymous drug-checking service offers drug users detailed information on the contents of their drugs in a bid to reduce overdoses. 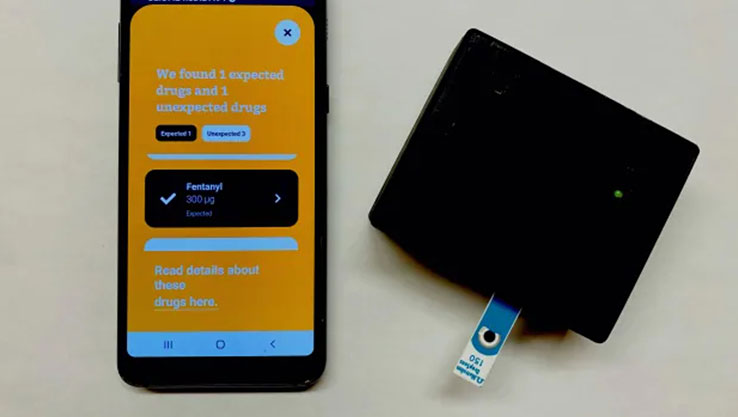 From the CBC Radio piece:

…A solution might come from Dr. Dan Werb, an epidemiologist and executive director of the Centre on Drug Policy Evaluation in Toronto.

Over the last four years, he has been developing a cheaper, portable drug-testing device alongside Dr. Drew Hall, a colleague from the University of San Diego where Werb is an assistant professor.

“We’re academics, we’re scientists,” Werb told Day 6 host Brent Bambury, “I’m [not] a technologist, so I think we’re coming at this from a different angle.”

The device, called DoseCheck, is about the size of a smartphone, Bluetooth-enabled and made up of a circuit board, sensor and battery.

When voltage runs through the sensor, different drugs create peaks at different voltages. Each peak’s height signals the concentration of that drug within the sample. Sensors can be changed to detect new contaminants as they’re discovered in the drug supply.

That data is then sent to a smartphone app which performs the analysis and gives the user a breakdown of the drug.

In 2019, the device was announced as a finalist in Health Canada’s Drug Checking Technology Challenge, launched a year earlier to encourage innovations in harm reduction.

Werb said that drug-checking technologies aren’t widely available, and the machines that are remain pricy because of a lack of interest from companies.

“It’s a non-viable business model for major technology companies,” he said. “People who are structurally vulnerable and using drugs, and frontline harm-reduction workers, that’s not a huge market.”

Werb expects DoseCheck will retail between $300 and $350, a price he hopes will be friendlier to centres like VANDU who don’t receive federal funding for drug checking. It is expected to hit the market within the next year to 18 months. 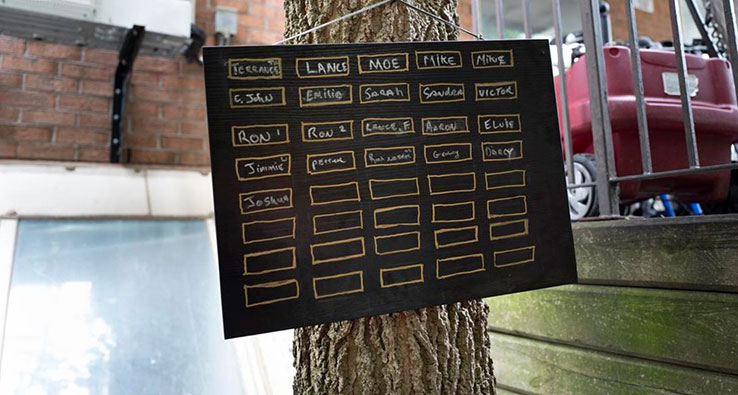 From the Toronto Star piece:

…Parvin Merchant, a director of support services for Houselink and Mainstay, also became concerned about the seemingly premature deaths of residents and added up the names.

The results prompted her to reach out recently to a contact at St. Michael’s Hospital. She wanted someone to explore the circumstances of the formerly homeless who are dying unexpectedly in supportive housing across the city.

Are there strategies that can be used to reduce the death toll, she wondered.

In fact the two were so impressed they’ve decided to apply for a $75,000 federal research grant to study premature aging and premature mortality among people living in supportive housing across the city.

…Lachaud submitted the grant application and Hwang is a co-applicant. They are still awaiting word on whether they’ll win the grant.

Lachaud says he believes the number of deaths from people who are alone is troubling.

Once housing is found for homeless people, social isolation and loneliness can become a major concern and an important risk factor for common mental health disorders, such as depression, anxiety, substance use and suicidal thoughts, Lachaud says.

“Inadequately treated physical and mental health conditions can lead to premature and avoidable deaths. Unfortunately, formerly homeless, single older adults living in supportive housing have been dying alone (in their homes) for years, and this phenomenon has been largely ignored,” Lachaud went on to say.

The experts from St. Michael’s Hospital, Merchant, Mainstay and Houselink and other non-profits who support the homeless, mentally ill and substance users will be taking part in the study if it goes forward, including sharing data. 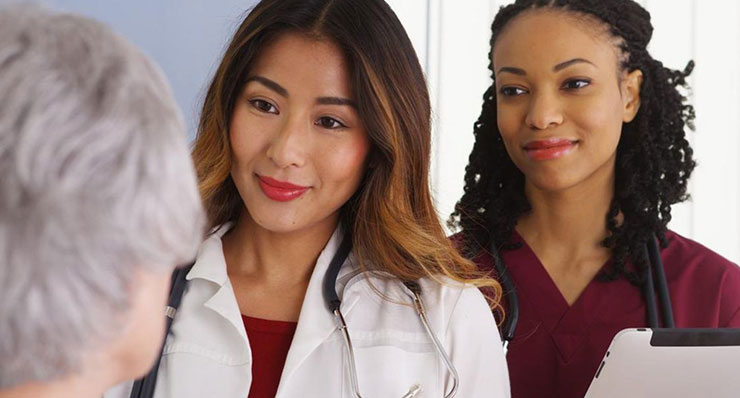 Imagine moving to a new city and automatically joining a local health-care team, just like children join their neighbourhood school. What if every Canadian had access to a social worker or pharmacist through a family practice team and could easily reach them via phone, video call or email?

The health of Canadians depends on easy and equitable access to high-quality primary care that is integrated with other parts of the health-care system. The need has never been more urgent.

During the pandemic, most doctor’s offices were open, but many Pap tests, diabetes visits and routine immunizations were delayed as patients understandably waited for lower case counts and vaccines. We now face a backlog of missed chronic disease and preventive care.

TVO.org speaks with MAP Director Dr. Stephen Hwang about hidden homelessness, encampments, our Beyond Housing network — and making sure people get the supports they need.

From the TVO.org piece:

Hwang: “We’ve made progress. Things have changed dramatically over the course of the pandemic. And we’re now at a tipping point, because we’re in a new situation that can’t just be sustained as the new status quo. We’re going to either go forward and solve some of these problems permanently or we’re going to just go back to the way things were, and it’ll be even worse than it was before. I think it’s really impossible to imagine that we will go back. Before, we could imagine that homelessness would just kind of grumble along the same way it always had, and nothing would change, except around the edges. Now I think that things have changed, and the system has been destabilized in a way that means we will either make substantial progress toward addressing the problem or things will get even worse. That’s my take on it.” 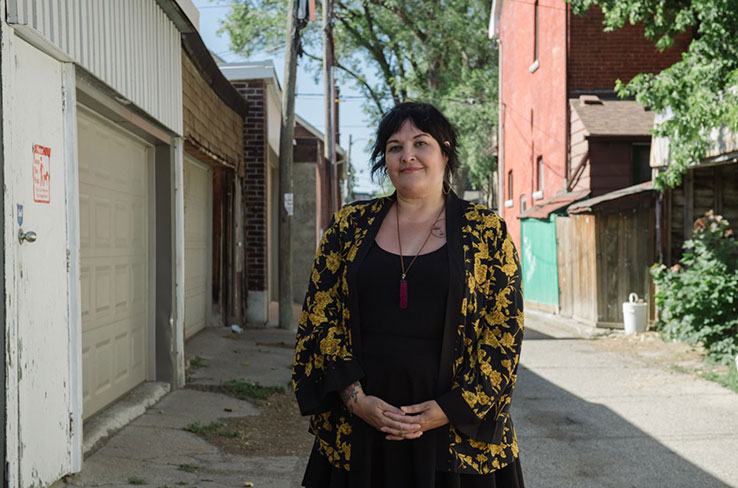 Zoe Dodd had just given an emotional presentation to Toronto’s Board of Health when she realized that something wasn’t right. It was mid-November, the COVID-19 pandemic had exacerbated Canada’s runaway toxic drug crisis, and the long-time harm-reduction worker was in tears as she spoke about front-line workers responding to thousands of overdoses and finding bodies in portable toilets and doorways.

“The ripple of death is grim, and it will take decades for people impacted by this loss to heal,” Ms. Dodd told the board. “We are abandoned by all levels of government, who point fingers at one another, and we are burning out.”

A couple of days later, she awoke feeling foggy-headed and disassociated from reality. Her heart raced and the room seemed to vibrate. She felt like she was in another dimension.