Our vision is to end the HIV epidemic in Canada by 2025. Thanks to incredible scientific advances, an HIV diagnosis is no longer a death sentence. When someone living with HIV is on antiretroviral treatment they can reach an undetectable viral load. At that point, they can live a near-normal lifespan and no longer pass the virus on to their sexual partners.

But there are over 8,300 people in Canada who are living with HIV and don’t know it.

Testing is the first step for anyone to know their HIV status. Next is to make sure everyone has a path to care that works for them – free of stigma and discrimination, and that is culturally safe. Unfortunately, even today, HIV testing and care are not equally accessible to everyone in Canada, particularly those communities most affected by racism, homophobia and other forms of discrimination. These communities include: people who are African, Caribbean and/or Black; gay, bisexual and other men who have sex with men; people who use and inject drugs; and Indigenous Peoples (First Nations, Métis and Inuit).

Because of these health inequities, not only does HIV transmission continue, but new cases are on the rise. We are the only G7 country where this is still happening. We need to change that.
The good news is that we can end HIV in Canada by 2025. That means shutting down HIV-related stigma, and eliminating the access barriers to rapid-testing for people who are undiagnosed and connecting them to health care and life-saving treatment. And increasing access to prevention technologies (for example, pre-exposure prophylaxis or PrEP) for people at high risk to keep them from acquiring HIV in the first place.

REACH Nexus, a national research group led by Dr. Sean B. Rourke, is implementing innovative and high-tech solutions to take us over the finish line in ending Canada’s HIV epidemic. In 2020, Dr. Rourke’s research helped get Canada’s first HIV self-test approved. It was a landmark moment. Now, he is leading the next clinical trial to get Canada’s second HIV self-test approved by the end of 2022. The first test is blood-based; the next uses oral fluids. They are both highly accurate, rapid HIV tests that can be used at home. We need both licensed to give people options that work for them, and to create market competition to encourage affordable pricing and wider access.

Launched in June 2021, I’m Ready invites people to download the I’m Ready, Test app to join the program. Once enrolled, participants can order up to three free HIV self-test kits to be delivered or picked up at over 80 participating locations across Canada. Participants can also connect to care and prevention services (in the app – they can “do-it-yourself”) or meet virtually with a trained peer navigator through the platform at any time, before or during or after they test.

Our Results to Date

In the first six months:

I’m Ready is having real-life impact. It is reaching people who are undiagnosed who can now start their journey to access life-saving treatment, and who can expect now to live a normal lifespan. And by being able to get their virus undetectable, these people can no longer pass the virus on to their sexual partners – so there is a very significant public health benefit to all. With “proof of concept” achieved, the next major hurdle is to implement and scale this program up significantly across Canada. By doing so, we can end HIV in Canada in the next 3 years. 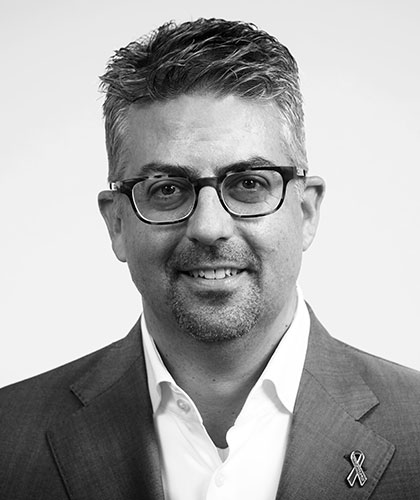 Dr. Sean B. Rourke is a clinical neuropsychologist and international expert in the neurobehavioural complications of HIV. He is transforming how program and implementation science can be used to have a stronger impact on policies and front-line services, and to solve complex health problems for people living with or at risk for HIV/AIDS.