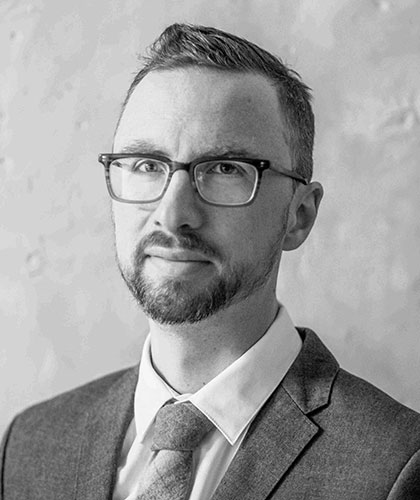 Dr. Werb is the executive director of the Centre on Drug Policy Evaluation at MAP, which conducts extensive epidemiologic, implementation and policy research on addictions and drug policy, and also works closely with governments, affected communities and civil society to guide effective and evidence-based policy responses to substance use.

He has published dozens of studies on issues related to health policy and addictions, with a focus on preventing the transition of street youth into injection drug use, as well as on identifying the impact of policy and public health interventions on people who use street drugs. He is also the author of City of Omens: A Search for the Missing Women of the Borderlands, one of five finalists for the 2019 Governor General’s Literary Award for nonfiction.

Dr. Werb is the winner of a Canadian Institutes of Health Research Trailblazer Award, was named by CBC as one of 13 young Canadians changing our country for Canada’s 150th anniversary celebration, and received a Canadian National Magazine Award for his popular science writing. He is the inaugural winner of the US National Institute on Drug Abuse Avenir Award, given to scientists proposing highly creative approaches to issues at the nexus of HIV and substance use.

Dr. Werb is a scientist with MAP Centre for Urban Health Solutions in the Li Ka Shing Knowledge Institute of St. Michael’s Hospital. He also holds assistant professor appointments at the Institute of Health Policy, Management and Evaluation at the University of Toronto, and in the Division of Infectious Diseases & Global Public Health at the University of California San Diego.