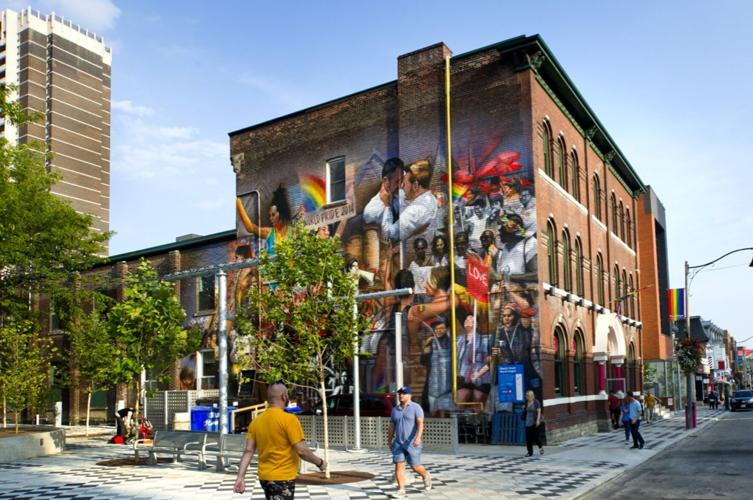 From the North York Mirror article

While one expert argues the response from Toronto to monkeypox spreading through a marginalized queer community has been ideal, another thinks more support is needed. Both agreed a flashback to historical HIV stigma toward sexual minority men should be avoided.

The disease, which is endemic to many African countries, spreads through respiratory droplets and physical contact. It has infected 194 people in Toronto, with the first Canadian case reported on May 19 in Montreal.

According to Darrell Tan, a clinician and scientist at the division of infectious diseases at St Michael’s Hospital, municipal public health data combined with international research collaboration, indicates 99 per cent plus of monkeypox infections in nonendemic countries are of men who have sex with men (MSM). From the Toronto Star article

Len Tooley is one of at least 539 Canadians who have contracted monkeypox in the past two months. He’s going public, to let others know that they aren’t alone.

He says the community of gay and bisexual men currently most at risk for monkeypox has largely been left in the dark by public health when it comes to how to take care of themselves if they become sick.

“There’s really no information. People can be really on their own.”

Also, with people faced with weeks of missed work after a monkeypox diagnosis, Tooley says the province’s sick days are inadequate and two years into a pandemic, the health-care system is still not built up to care for those with unpredictable illness.

[Dr. Darrell] Tan, who is also an associate professor of medicine at the University of Toronto, said the emergence of monkeypox in the community is very new, and it’s challenging to sort out the public health response and how best to support patients.

Levels of patient care should include individualized care and support, like offering symptom relief or suggestions, he says. How to care for patients with monkeypox is something the system is learning through avenues like community engagement, he adds.

“We’re getting input at all stages of the way,” he says. “I agree that there isn’t much (information) out there.”

The response to monkeypox so far from Canada and provinces including Ontario and Quebec has been adequate, but communication can be improved regarding more inclusive language in vaccination eligibility, as it should include non-binary people and trans women, says Todd Coleman, an epidemiologist specializing in LGBTQ health.

Coleman says community health organizations are also taking up the job of getting public health information out and offering support, and they do so with less funding and resources.

“They tend to mobilize and work on a diminished capacity of what’s available to public health agencies,” he says.

Tooley worked at a clinic for a decade, testing people for HIV. He says he saw the effects of shame and stigma.

And that’s why he wants to dismantle that stigma when it comes to monkeypox.

“Nobody deserves this, nobody asked for this. Monkeypox and all other infectious diseases are bigger than any one person has control over.