In Canada, rates of bacterial sexually transmitted infections (STI) – specifically, syphilis, gonorrhea and chlamydia – among men who have sex with men have increased substantially over the past decade. The majority of cases occur in Toronto. Left untreated, serious consequences can develop such as neurosyphilis, an increased risk of HIV transmission and painful inflammation and bleeding in the rectum.

Data shows that not enough men in Toronto who have sex with men are getting the STI testing and treatment that they need.

Improving and increasing testing for bacterial STIs among men who have sex with men in Toronto.

What would make it easier for men who have sex with men to get tested for bacterial STIs?

To find out, we reviewed the scientific literature to identify potential options for increasing testing. We also got feedback on testing barriers and facilitators from gbMSM (gay, bisexual and other men who have sex with men) via focus groups, and health-care providers via an online survey.

To adapt and refine options to improve testing, we will present the options we gathered to both the gbMSM community and healthcare providers in separate “e-Delphi Panels.” Delphi studies use several rounds of surveys to build consensus to inform the development of an intervention. For our studies, the panels will tell us what they think are the best option(s) for improving testing.

Early results have identified eight potential solutions that address local needs and show promise getting more tests to more men who have sex with men in Toronto. For example, testing needs to be more streamlined and integrated into ongoing care for sexually active men. Examples include routine testing, online testing, nurse-led testing, and express-testing clinics that allow patients to collect their own samples. Client-targeted as well as provider-targeted reminders, online education and test-booking, as well as provider audit and feedback have the potential to improve access or delivery of STI testing.

The literature review and focus groups/survey also revealed that effective STI testing interventions need to overcome stigma by being person-centered, sex-positive and LGBT-affirming.

Next, we will conduct another e-Delphi study to build consensus on which of these eight solutions have the greatest potential for improving STI testing services for men who have sex with men in Toronto. These findings will be used along with community input to improve access and delivery of STI testing, enable early treatment and prevent further transmission of bacterial STIs. 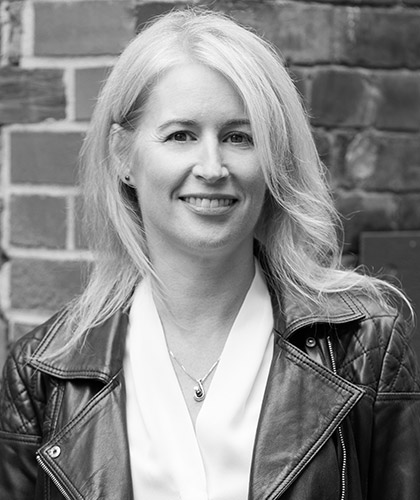 A national leader in HIV/STI research and Canada Research Chair in Sexually Transmitted Infection Prevention, Dr. Ann Burchell generates evidence for effective and practical strategies to prevent STIs and related cancers in high-risk populations, including people living with or at risk for HIV.